The Scapular of Carmel 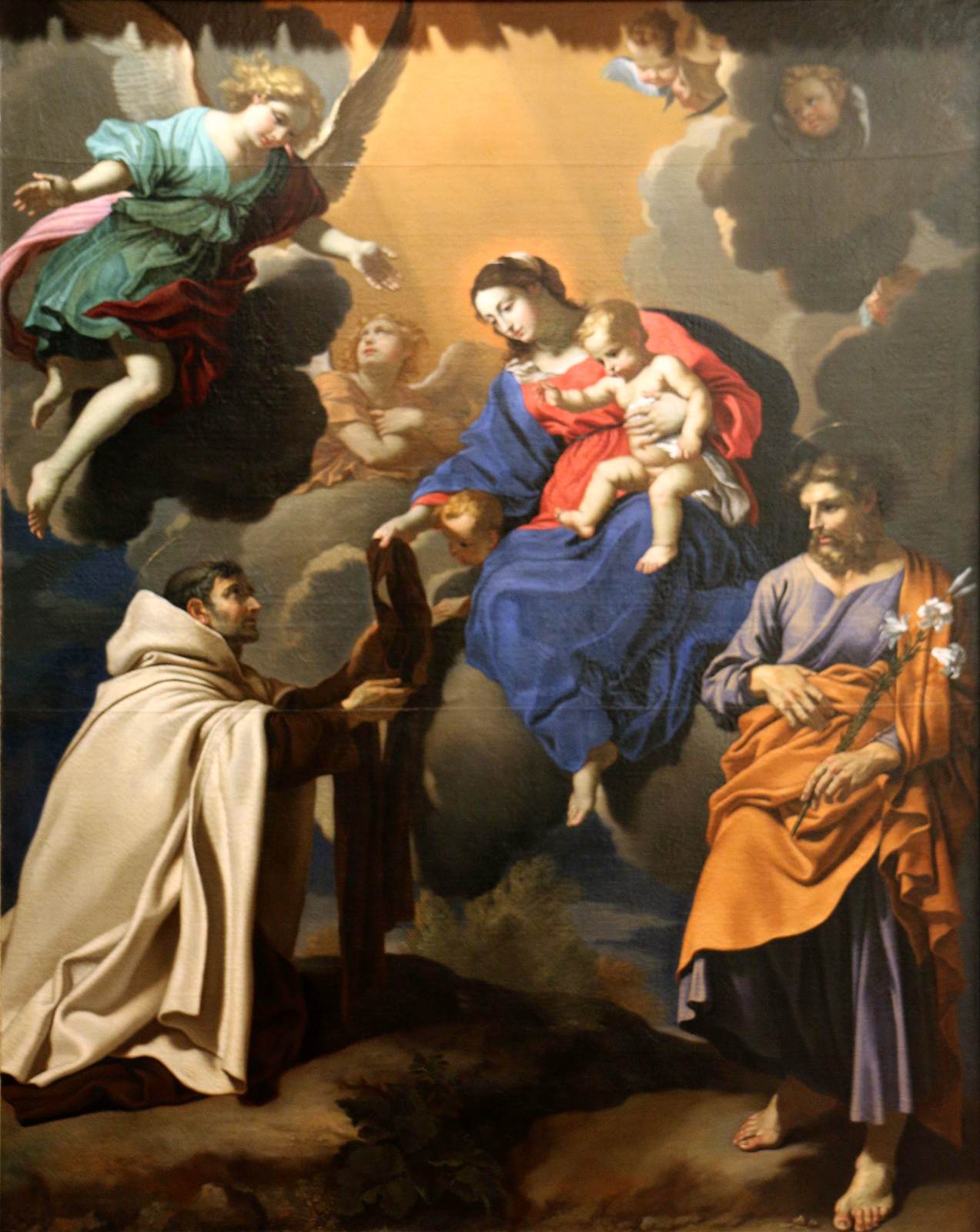 The Feast of Our Lady of Mt. Carmel, which is celebrated on July 16, places before our eyes a privileged means of salvation: the Holy Scapular of Mt. Carmel. The origins of this pious practice go back to the year 1251, when the Blessed Virgin appeared to St. Simon Stock and, extending her hand to him, said: “Receive, my beloved son, this habit: whosoever dies clothed in this shall not suffer eternal fire [Hell].” Later, in 1314, our Lady appeared to Pope John XXII and told him that for those who die wearing the Scapular, “I, the Mother of Grace, shall descend on the Saturday after their death and whomsoever I shall find in Purgatory, I shall free, so that I may lead them to the holy mountain of life everlasting.”

Saints, religious founders, and popes wore the Scapular of Our Lady of Mount Carmel. For example, on the 750th anniversary of the bestowal of the Scapular of Mt. Carmel, Pope St. John Paul II wrote a letter to the Carmelite Order congratulating them on such an important anniversary and encouraging them to fulfill their mission. “The most genuine form of devotion to the Blessed Virgin, expressed by the humble sign of the Scapular, is consecration to her Immaculate Heart. In this way, the heart grows in communion and familiarity with the Blessed Virgin… Over time this rich Marian heritage of Carmel has become, through the spread of the Holy Scapular devotion, a treasure for the whole Church.”

In his 1996 book Gift and Mystery, St. John Paul II wrote, “I, too, received the scapular, I think at the age of 10, and I still wear it.”  Indeed, in 1981 when St. John Paul II was shot by Ali Agca and quickly operated on, he told doctors not to remove the Brown Scapular he was wearing. It may have been the secret of such a successful operation!

Our Lady’s promise still holds as much now as it did when she first appeared to St. Simon Stock and Pope John XXII. In order to be able to enjoy these privileges it is necessary to wear the Scapular during life and at the hour of death. This does not mean that we will be saved merely by wearing it, without having to do anything else. St. Simon Stock used to say: “Brothers, work to assure your salvation through good works and do not lose heart.” Our life of virtue must accompany us. We must make an effort to benefit from the innumerable and excellent means that our Blessed Mother is ceaselessly multiplying to bring us to Heaven!