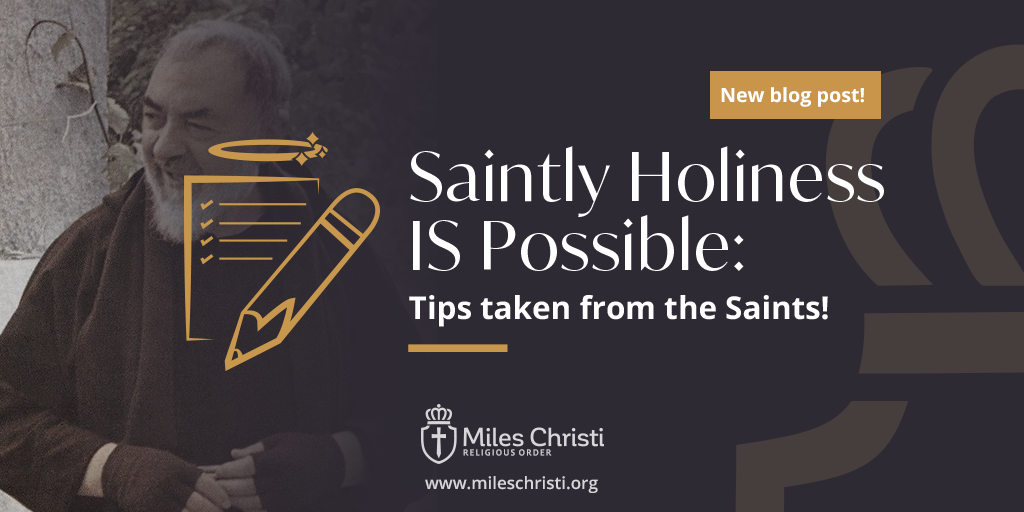 St. Pio of Pietrelcina is one of the most amazing saints I’ve ever read about. Better known as “Padre Pio”, this Capuchin Priest was born in Pietrelcina, Italy, on May 25, 1887, and died in San Giovanni Rotondo, Italy, September 23, 1968.

While the lives of every saint contain many out of the ordinary events, the life of Padre Pio is especially marked by the presence of the supernatural.

Right from his childhood, the young Pio used to see and speak regularly with his guardian angel, and this was so natural to him, that he thought everybody else had this same experience.

There are many amazing gifts given to this saint. He had the capacity to “read souls”—that is, to know ahead of time the sins of those who came to him for confession. He was able to “bilocate” – be in two places at the same time, knowing what was going on in faraway places, and do things in more than one place at the same time. One of the most incredible things that Padre Pio did happened during the Second World War.  An air raid was planned to bomb the town of San Giovanni Rotondo where Padre Pio was located. Some of the pilots in charge of the dropping bombs testified they had seen a Franciscan friar in mid-air, right in front of them, signaling to them not to drop any bombs. When they later went to that town in person, they recognized that friar to be the same one they were now seeing in front of them—Padre Pio himself.

Padre Pio had an amazing devotion to the Holy Eucharist—during the Holy Mass he would be completely united to Jesus in His Passion and Death. He clearly saw Jesus there with him, dying crucified on the Cross, and truly and substantially present in the Blessed Sacrament. He would frequently remain in contemplation while holding Jesus in the Eucharist in his hands.

The other aspect is how he was given the grace to share personally and physically in the Passion of Christ. Jesus gave him the five wounds of His crucifixion in his hands, feet and on his side (called “stigmata”). He even suffered the pain of the wound that Christ had on His back because of carrying the Cross. He had these wounds for fifty years, and then they disappeared some moments before his death. Our Lord offered him these wounds so that Padre Pio could suffer with Jesus for the many sins of the world, especially the infidelity of so many people consecrated to God.

Padre Pio had these and many other gifts. However, I would like you to think not so much on the amazing things he was granted, but on the fact that we are also invited to live out these interior virtues.

On the one hand, I would encourage you to renew your faith, love, and devotion to Jesus in the Holy Eucharist. Whenever you participate in the Holy Mass, try to renew your faith in Jesus, substantially present in the Blessed Sacrament, with his Body, Blood, Soul and Divinity, having a sincere attitude of adoration, and offering your daily actions in union with the Sacrifice of Christ on the Cross.

On the other hand, just as Padre Pio shared the wounds of the Cross of Christ, we can also unite our daily sufferings to His sufferings on the Cross. We all have to endure different pains and sorrows in this life. And if we happen to not have any sufferings come our way, we can always voluntarily choose to offer little sacrifices (like speaking with a person we don’t like, doing some chore at home when it’s not our obligation, skip dessert or a meal, etc.) just as Padre Pio offered his stigmata for the sins of so many people in the Church.

We may not experience any of those extraordinary gifts that St. Pio had, but thanks to his experiences, we know that the truths of faith are real, even if we don’t always see them with our eyes.

May this feast day of Padre Pio make us live out our daily lives with a profound faith in God, and in all his mysteries!