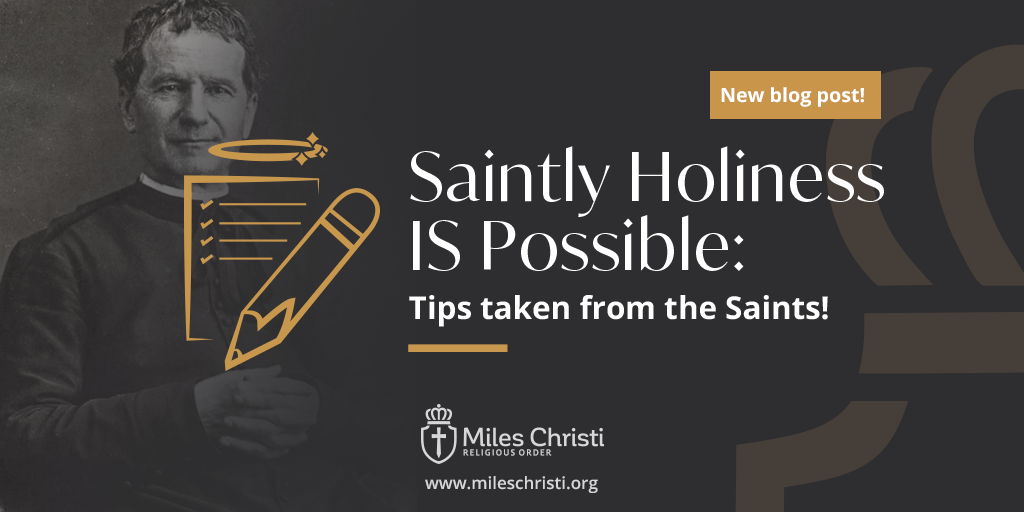 In the book of Genesis (Gn 14:10-17), we read how a group of local kings put together an expedition against Sodom, and other cities near the Dead Sea. They took many prisoners, and also a large booty. Among the prisoners was Lot, Abraham’s nephew. However, Bera, king of Sodom, was able to escape with some of his people.

Abraham went with his men to free Lot. He defeated the invaders, and recovered the booty and all the people that had been taken prisoners. Bera, king of Sodom, hoped to recover all his subjects that had been taken captives, who were now under the power of Abraham. He told Abraham “Give me the people, you can keep all the goods.” The words of Bera, in the Latin translation are “Da mihi animas, cetera tolle tibi.” (For your peace of mind, Abraham gave Bera everything, both the people and the booty.)

These words have been a motto of St. John Bosco during his life. They were inscribed in large letters, in the door to his room. Understood in a spiritual sense, they are used as a prayer directed to God, asking the Lord “grant the conversion of the people I am ministering to, You can keep all the rest—honors, wealth, consolations, comfort, etc.!”

Every enterprise that Don Bosco undertook, was ultimately directed to the eternal salvation of the people whom he ministered to. That was the main thing—the ONLY thing—he desired.

St. John Bosco was rightly called the “Apostle of the Youth.” Born near Turin in 1815 from simple, peasant parents, he heard God’s call to the priesthood at an early age. The Industrial Revolution was in full swing, and this meant that many employers promised a bright future to many young boys who came to the cities hoping to find a new life. The reality was that many of them ended up being alone, in environments (cities) that they did not know well, without parents, without education, and what is worse, without an emotional-religious structure that would help them grow as men and women of God.

It was in that cultural reality that our Lord inspired this young man, John, who also had a very simple background, to work indefatigably for the spiritual well-being of so many young boys and girls.

The main goal of all his efforts was the eternal salvation of those who were around him, and who were, in a sense, drifting through this world, without any spiritual guidance.

Eventually, he established orphanages, where so many boys were able to find decent housing and food, together with human and religious instruction. The number of boys who came to him grew more and more, and he had to establish schools, technical institutes, and churches in different countries around the world. He founded the Society of St. Francis de Sales (Salesian Order), and, together with St. Mary Mazzarello he founded the Daughters of Our Lady Help of Christians (Salesian Sisters). The life of Don Bosco was permeated by the supernatural. He had different revelations through dreams (gathered in a book titled “The 40 Dreams of Don Bosco”, which I encourage you to read), performed miracles, and even saw his Guardian Angel in the form of a dog.

However, the greatest thing the Lord did through Don Bosco, was not only his own sanctification, but the salvation and sanctification of many people around him. Among these, of greatest importance are St. Dominic Savio, a young saintly boy who died at 14, and Blessed Michael Rua, a Salesian Priest, and successor of Don Bosco.

One of the main principles that Don Bosco used, and that he instilled in his disciples, was to use the utmost kindness and charity in the education of the children. While resorting to anger was easier, but quite ineffective, being kind and charitable was much more difficult, but more effective and meritorious.

May Don Bosco’s example be a reminder for us to always seek above all else our salvation and that of our neighbor, as that is the most important treasure we can ever desire!

“But seek first the kingdom of God and His righteousness, and all these things will be given you besides” (Mt 6:33).