Solemnity of the Baptism of the Lord 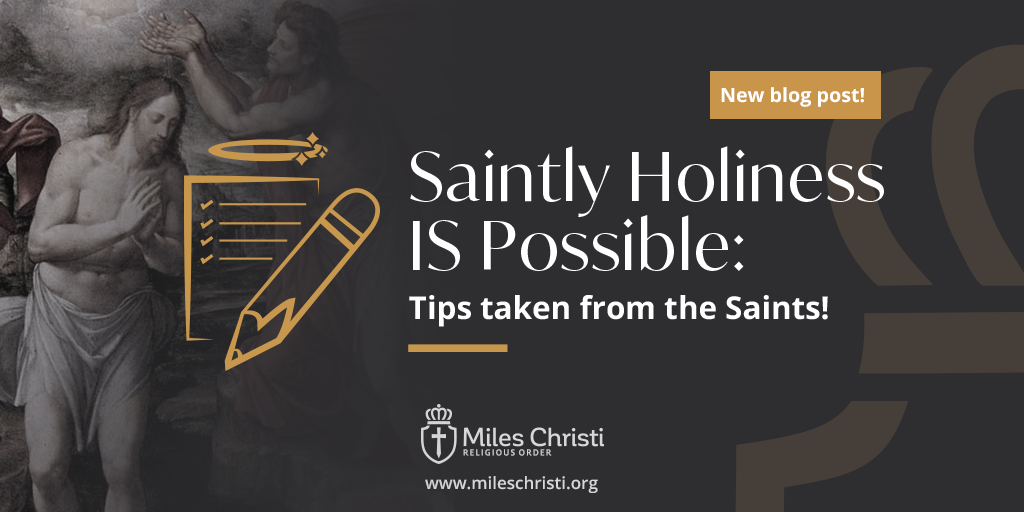 There is a beautiful baptismal font inside of Holy Mary Basilica. It is a tourist attraction, and above all, a place of pilgrimage, because it was there where Karol Józef Wojtyła (later Pope St. John Paul II) was baptized as a child on June 20th, 1920.

It is amazing to think that just over 100 years ago, a young couple brought her little recently born baby to be baptized by the local priest in a very simple, and humble liturgical rite. However, that simple rite, called a “sacrament” in the Catholic Church, was a most powerful event, a supernatural event, that not only brought the life of the omnipotent God to the soul of that little baby, but also began the development of the life of a man who would become the successor of St. Peter, the visible image of Christ on earth, and, from a human perspective, one of the greatest men of the 20th Century. 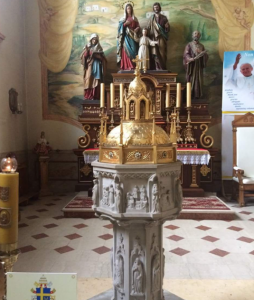 In fact, holiness, in this case, the holiness of John Paul II, is the result of the full development of the graces—Sanctifying Grace, the Gifts of the Holy Spirit and Infused Virtues—received at the moment of Baptism.

The Sacrament of Baptism is, from a certain perspective, the most important of the seven sacraments of the Church, because it opens the door to all the other sacraments. Of course, the Holy Eucharist is, in itself, more important, because it is God Himself whom we receive, the Source and Fountain of all graces. It is, as it were, the foundation for all the other ones. We cannot receive any other sacrament fruitfully if our soul hasn’t been first washed clean from all sin and given a participation in the Divine Nature (2 Pe 1:4).

The Sacrament of Baptism was established, in a sense, on the day when Our Lord received the “baptism of repentance” administered by St. John in the river Jordan. At that moment, as St. Maximus of Turin—a Church Father who died around 460 A.D.—Jesus went into the waters, “not to be made holy by the water, but to make the water holy, and by his cleansing to purify the waters which he touched.”

After our Lord rose from the waters of the Jordan, there was an awe-inspiring manifestation—the skies opened, and while the Holy Spirit descended upon the Son of God made flesh, the Voice of God the Father was heard saying “This is my beloved Son, with whom I am well pleased” (Mt 3:17). At that moment our Lord Jesus was consecrated by the Holy Spirit to be the Light of the nations and the Redeemer of all the world.

In a very similar way, those that receive the Baptism of Christ are first cleansed from all stain of sin and then given a participation in the divine nature though Sanctifying Grace, and as a result, the Most Holy Trinity—Father, Son and Holy Spirit—come and make their dwelling in that soul.

This is why there is no greater thing that we can receive in this world—other than God Himself in the Eucharist—than the Sacrament of Baptism.

If you haven’t been baptized, you should seriously consider receiving Baptism as soon as you reasonably can. And, if you have been given the grace of receiving this life-giving sacrament, you should be grateful to our Lord for such an immense grace and learn to value it and cherish it as the greatest treasure you have received.

May we never stain, through mortal sin, the “white robe” of grace given us in Baptism!