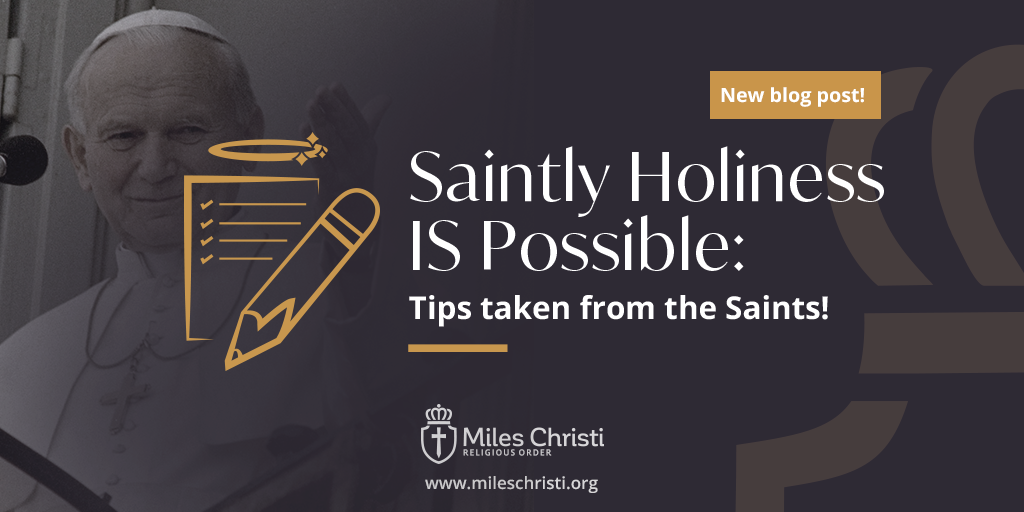 If you’re reading this, there’s a pretty good chance you’ve heard of Pope St. John Paul II. What’s the first thing you think of when you hear his name? Perhaps you’ve heard stories from family or friends who had the privilege of seeing him in the flesh at a papal visit, World Youth Day, or even an audience in Rome (for my Mom it was in Los Angeles at a Mass in Dodger Stadium in 1987). Maybe you’ve heard of his role in the end of the Cold War and the fall of Soviet Communism. Or the fact that he had the second longest reign of any pope in history and that he was the first non-Italian pope to reside in the Chair of Saint Peter in more than 400 years. Maybe you delight in the fact that he was an excellent skier, even during his years as Pope. Perhaps it is from the example of Pope St. John Paul II with his papal motto “Totus tuus” that you acquired a greater devotion to Our Blessed Mother. All of these things are true, and each tells us something about what made this man so great. What has created the deepest impression on me, however, was this saintly pope’s unwavering commitment to two things: prayer and evangelization.

No one would argue that Pope St. John Paul II was a man of prayer. Not only did he advocate for its importance in his myriad encyclicals, homilies, speeches and other writings, but he also modeled it in his own daily practice of prayer. He had a real hunger to be in Our Lord’s Presence. It’s even said that whenever the pope was traveling abroad, the men responsible for organizing his itinerary were careful to plan routes through cities and towns which avoided passing by churches. This was because whenever he saw one, Pope John Paul II would stop the procession and “make a quick visit” in which he sometimes spent hours in prayer.

Stories like these fascinated me, that someone could spend so much time and effort to make space for prayer. John Paul II made it clear through his commitment to prayer that Christ is the One we are seeking when we dream of happiness, that He is the only One Who can truly satisfy our deepest desires for meaning, purpose, and fulfillment. In an address at World Youth Day in 2000, he reminded the crowd: “Don’t ever think that you are unknown to [Christ], as if you were just a number in an anonymous crowd. Each one of you is precious to Christ, He knows you personally, He loves you tenderly, even when you are not aware of it.” The life of prayer, then, as Pope St. John Paul II sees it, is a discovery of an intimate relationship with Christ.

The truly Catholic life, of course, does not stop here. Once we have discovered Christ, it is our responsibility and duty as Catholics to share the love which has restored meaning to our lives. In his address at World Youth Day in 1989, Pope St. John Paul II proclaimed, “The new discovery of Christ – when it is authentic – always directly results in the desire to bring Him to others, that is, in a commitment to the apostolate.” He continues later in the same address emphasizing that, “Christ trusts you and counts on your collaboration.” JPII’s exhortations to evangelize were reinforced by his own efforts: in just over 26 years as pope, John Paul II visited 129 countries, travelling more than 725,000 miles (that’s more than 31 times around the globe!) in order to bring the Gospel to all people and nations. Needless to say, the proof is in the pierogi.

With this quick look into the life of Pope St. John Paul II on his Feast Day, today, I urge you first to ask for his intercession to accept Christ’s invitation to relationship with Him through a life of prayer. Second, ask him for the courage to have a heart for others, like he did, in order to bring the Good News of God’s love for us to a world in desperate need.