Late Have I Loved You 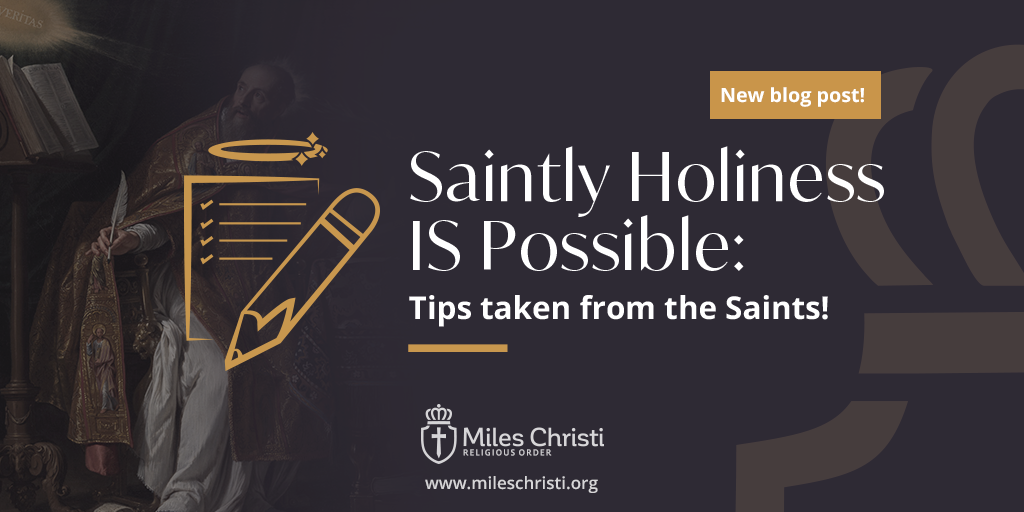 These words were written by Augustine of Hippo, one of the Church’s greatest saints. An important lesson we can learn from his life is that, no matter how far away from God we are, there is always time to come back to Him.

Augustine was not Saint Augustine from the cradle. Educated to be a professional rhetorician, but inclined to live a life of sinful love wherever he was, he misused a great part of his youth. His gifted nature brought him to the summit of worldly success, though by crooked paths. Using his rhetorical skill dishonestly, he obtained fame and riches in the luxurious Roman Empire.

He first had a relationship with a female slave, bringing a child to this world with her. Even though he loved the woman and their child, his ambition for human success and worldly pleasures led him to abandon her and run after myriad other opportunities. He pursued short-term relationships with other women and joined the Manichaens, a group of heretics.

The world was at his fingertips. He couldn’t ask for anything better. Money, social status, the recognition of the best people of the Empire, womanizing… nonetheless, his heart was dying for true comfort and love. The more his ambition grew, the more his heart thirsted for happiness, true and authentic happiness.

His mother, St. Monica, played a key role in his conversion, perhaps personifying the tireless mercy of God and ever-present protection of Our Lady. Like a silent spectator of all his moral deviation, evil, and scandals her son was creating as he was moving up in the world, Monica followed him wherever he went, always staying close by him, with unshakable hope, knowing that God always respects free will and the time each person needs to rediscover God’s face and beauty.

At his mother’s request, Augustine finally yielded, and decided to visit St. Ambrose, bishop of Milan. He first went to Church to study Ambrose’s sermons, since he was considered the best rhetorician of Milan. Little by little, Augustine’s lofty, prideful mind began to listen to Ambrose directly from the heart, allowing the Word of God to penetrate his soul, by the beauty of the human words of that great bishop.

Touched by grace in a more effective and intimate way than the things of this world had falsely promised him, Augustine started the most difficult spiritual fight of his life. He discovered deep down in his inner being that his thirst for human pleasures was a wrong route taken in order to satisfy the deepest pursuit of happiness his soul was dictating him to run.

Until now, he had sought fulfillment in immoral relationships, truth in deviated sects. Neither his mind nor his heart were eternally satisfied. Augustine had become the saddest person in the Empire. Even a poor drunken was happier than him, he wrote. He couldn’t find lasting peace in his way of life. He needed to start anew, but he didn’t have the fullness of light, nor the spiritual strength to bury his disordered past habits and bad inclinations of his passionate nature.

Amid the complicated crossfire of different thoughts, anguish of heart, and deafening claims of his worldly friends, a simple voice of a child, was the turning point of his life. “Tolle et lege,” the child said. “Take and read.” That was Augustine’s first personal encounter with Jesus Christ, the supreme and divine Word. Augustine picked up a Bible, took it and read it, and he finally was deeply enlightened!

His new journey began in the same way as a new birth. He saw the light of truth that his mother had pointed out so many times—but not with his human eyes, but in a new and fulfilling way. The eyes of his soul were inundated by faith, and his heart discovered a new way to love. He found the source of Love, from where comes all other loves.

He not only became a saint. He became a bishop, a great theologian, and a doctor of the Church. If God can do that with St. Augustine, what can He do with us? We only have to give Him permission.

Considering Augustine’s life, now we might wonder: If it’s never too late to return to God, why do it today? Why now? It’s hard work to convert our hearts, and it’s painful to give up sinful habits. Why not do it tomorrow? Augustine wrestled with this same question, often praying, “Lord, make me chaste—but not yet!”

We should always return to God right away because God is good, and the longer we stay away from Him, the more we miss out on the goodness of life with Him. Augustine, who put his conversion off as long as he could, lamented not converting earlier. Late have I loved you! After painfully breaking away from his own sins, he found God, that beauty ever ancient and ever new, love so deep and pure and perfect that it’s impossible to imagine without experiencing it. He wished he had experienced it sooner.

St. Augustine also wrote, “Faith is to believe what you do not see; the reward of faith is to see what you believe.” It may be difficult now to believe that God loves you, but I promise you: His love for you is real. Take a step-in faith, even if you do not see His love. Go to confession and renounce your sins; work against these habits and ask God for the grace to break from them completely. Even though it is a painful process, you will see, like St. Augustine, that God’s love for you is greater than you know. That is the reward of faith. It is never too late to change our lives and unite ourselves to God!