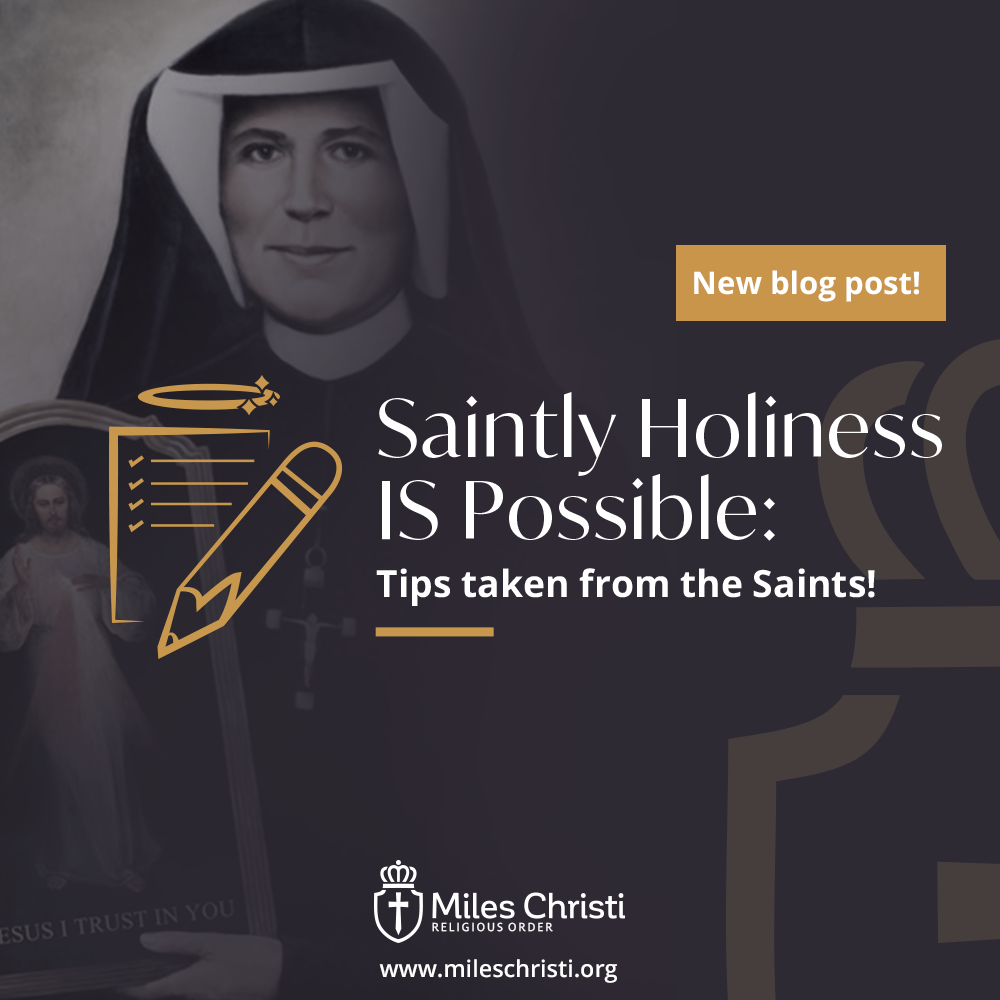 Though St. Faustina lived a short life, dying in 1938 at age 33 of tuberculosis, her words to the world by sharing Our Lord’s urgent message of Divine Mercy to a troubled modern world continues to be heard.

Born on August 25, 1905 as Helen Kowalska in Poland to a poor family, St. Faustina even at an early age was known for her dedication to prayer and service to the poor. She wanted to be a nun but her parents were in opposition. She received little formal education and worked mainly as a maid prior to entering the convent. It was after receiving a vision of the suffering Christ, that Helen, determined to be a nun, left her hometown for Warsaw. Multiple convents rejected Helen due to her poor appearance until finally the Congregation of the Sisters of Our Lady of Mercy would allow her to join once she was able to pay for her own habit. After working as a housekeeper to save up the money, Helen entered the convent in April 1926 and took the name Sr. Maria Faustina of the Most Blessed Sacrament, working mainly as a cook and porter.

Sr. Faustina traveled to other convents as a cook and in May 1930, while in Plock, Poland showed the first signs of her illness and was sent away to rest. After several months Faustina returned to the convent to resume her duties.

About six months after returning to the convent in February 1931, Faustina was visited by Jesus, who presented himself as the “King of Divine Mercy”. She was asked to draw this image and write to the world about God’s mercy and how we need to follow Jesus’s plan by being merciful to others.

In her diary, Faustina writes:
“In the evening, when I was in my cell, I became aware of the Lord Jesus clothed in a white garment. One hand was raised in blessing, the other was touching the garment at the breast. From the opening of the garment at the breast there came forth two large rays, one red and the other pale. In silence I gazed intently at the Lord; my soul was overwhelmed with fear, but also with great joy. After a while Jesus said to me, ‘paint an image according to the pattern you see, with the inscription: Jesus, I trust in You.'”

Faustina also describes during that same message, Jesus explained he wanted the Divine Mercy image to be “solemnly blessed on the first Sunday after Easter; that Sunday is to be the Feast of Mercy.”

Not being an artist herself, Sr. Faustina searched for three years until she found artist Eugene Kazimierowski, who created the image in 1934.
During this time, Sr. Faustina took her final vows as a nun and was transferred to Vilnius, under the direction of Father Michael Sopocko, the appointed confessor to the nuns. Faustina spoke of her conversations with Jesus and his plan for her during her first confession with Father Sopocko. He was concerned by her thoughts and insisted she be evaluated by a psychiatrist. Faustina passed all the required tests and was declared sane, after which Fr. Sopocko supported her religious efforts.

Using passages from the diary, Fr. Sopocko requested her to keep, he delivered the very first sermon on the Divine Mercy on April 26, 1935.
Falling gravely ill in 1936, Sr. Faustina was moved to a sanatorium in Pradnik, Krakow, where she spent most of her time in prayer.

By July 1937, the first Divine Mercy holy cards were printed with Sr. Faustina’s instructions for praying the Novena of Divine Mercy, which she reported was a message from Jesus.

Sr. Faustina died October 5, 1938 and she rests at the Basilica of Divine Mercy in Krakow, Poland.

St. Faustina’s life was an imitation of Christ’s sacrifice in a life lived for others. She was a doer of mercy by bringing joy and peace to others through her simple life of service and listening to God’s will. Even now she continues to encourage others to trust in God’s Divine Mercy and prepare for His coming again.

St. Faustina, patron saint of mercy – Pray for us!