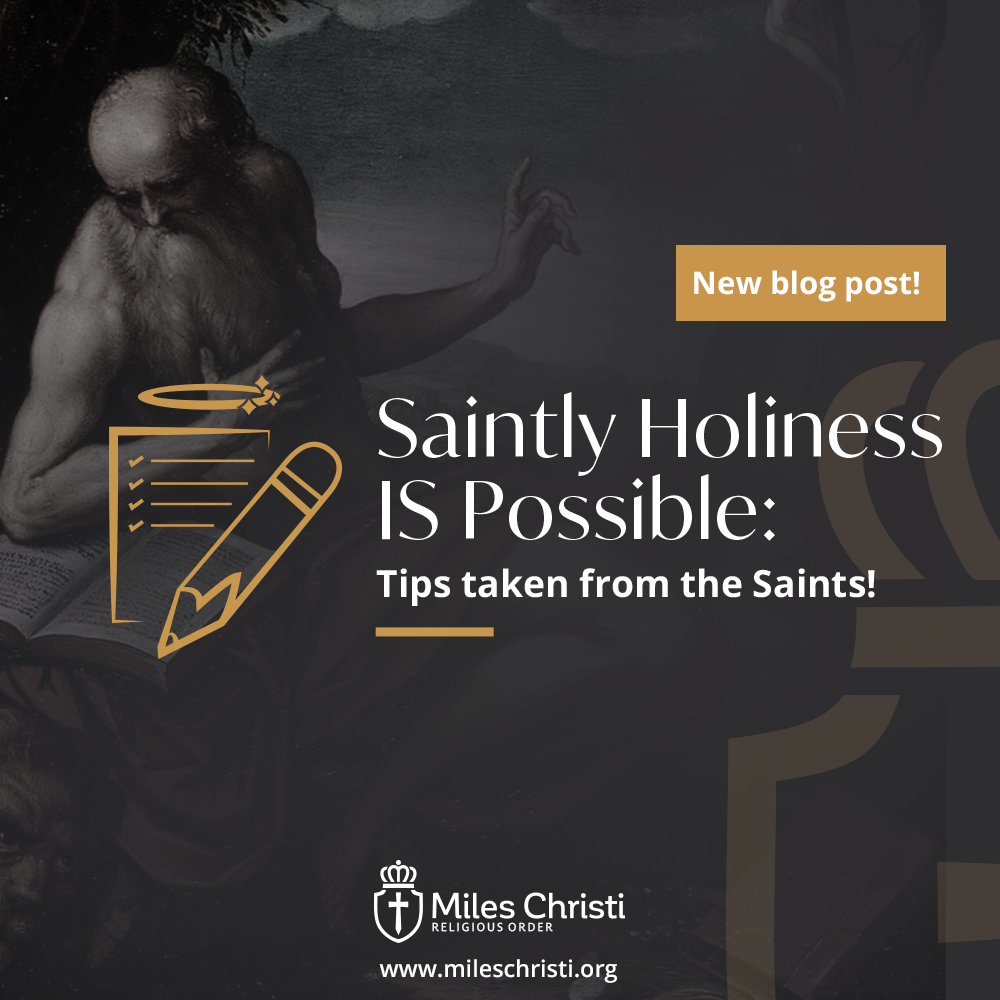 “I beg of you, dear brother, to live among these books, to meditate upon them, to know nothing else, to seek nothing else. Does not such a life seem to you a foretaste of heaven here on earth?

Saint Jerome – writing to a friend (commentary on the Scriptures)

Born about the year 342, Eusebius Hieronymous Sophronius, later known as St. Jerome didn’t start out to be a Father and Doctor of the Church. After an education in Rome where he became fluent in Greek and Latin and was influenced by worldly ideas, Jerome lost the piety instilled in him by a Christian father and adopted a pleasure seeking life. This created great guilt in Jerome however, and drove him to visit the catacombs which reminded him of Hell.

Eventually Jerome repented and turned toward Christanity receiving his baptism from Pope Liberius. Leaving Rome, Jerome went to Trier to study theology. Over a period of several years, Jerome moved about; spending time in seclusion in the desert and then making his way to Antioch where he began writing his first work,“Concerning the Seven Beatings.” Later that year, Jerome fell ill and left the city; spending 4 years in hermitage. Upon returning to Antioch. Pope Damasus requested Jermone be ordained as a priest. Wanting to remain a hermit, Jerome resisted but finally relented and was ordained a priest with the condition that he be allowed to continue living a monastic life.

In 382, Jerome traveled to Rome for a council of the Church. He met Pope Damasus, who after the council, required Jerome to remain in Rome to be his secretary. While living in Rome, Jerome promoted his ascetic lifestyle to the community around him.

Also at this time, Jerome began his legendary work of translating the scriptures from Hebrew and old Latin to the common Latin. Jerome’s 4th century translation is known as the Latin Vulgate, (from the Latin editio vulgata: “common version”). St Jerome’s translation had three main characteristics; a clarity if exposition – of the ancient translators, Jerome’s version expresses the real meaning most accurately; a fidelity of translation – to insure the real meaning of the original text, St. Jerome consulted multiple versions; and an elegance of diction – long sentences were broken up as well as multiple synonyms within the same text were removed for ease of reading. The written works of St. Jerome had a major impact on the readings at Mass up until the 20th century when scholars moved toward use of the original source materials. St. Jerome’s Vulgate shaped the liturgy of the Catholic Church for nearly 1,500 years and we thank him for his devotion to enriching our faith through his scholarly works.

St. Jerome, patron saint of students, intercede for all students that they may study spiritually as well as intellectually.