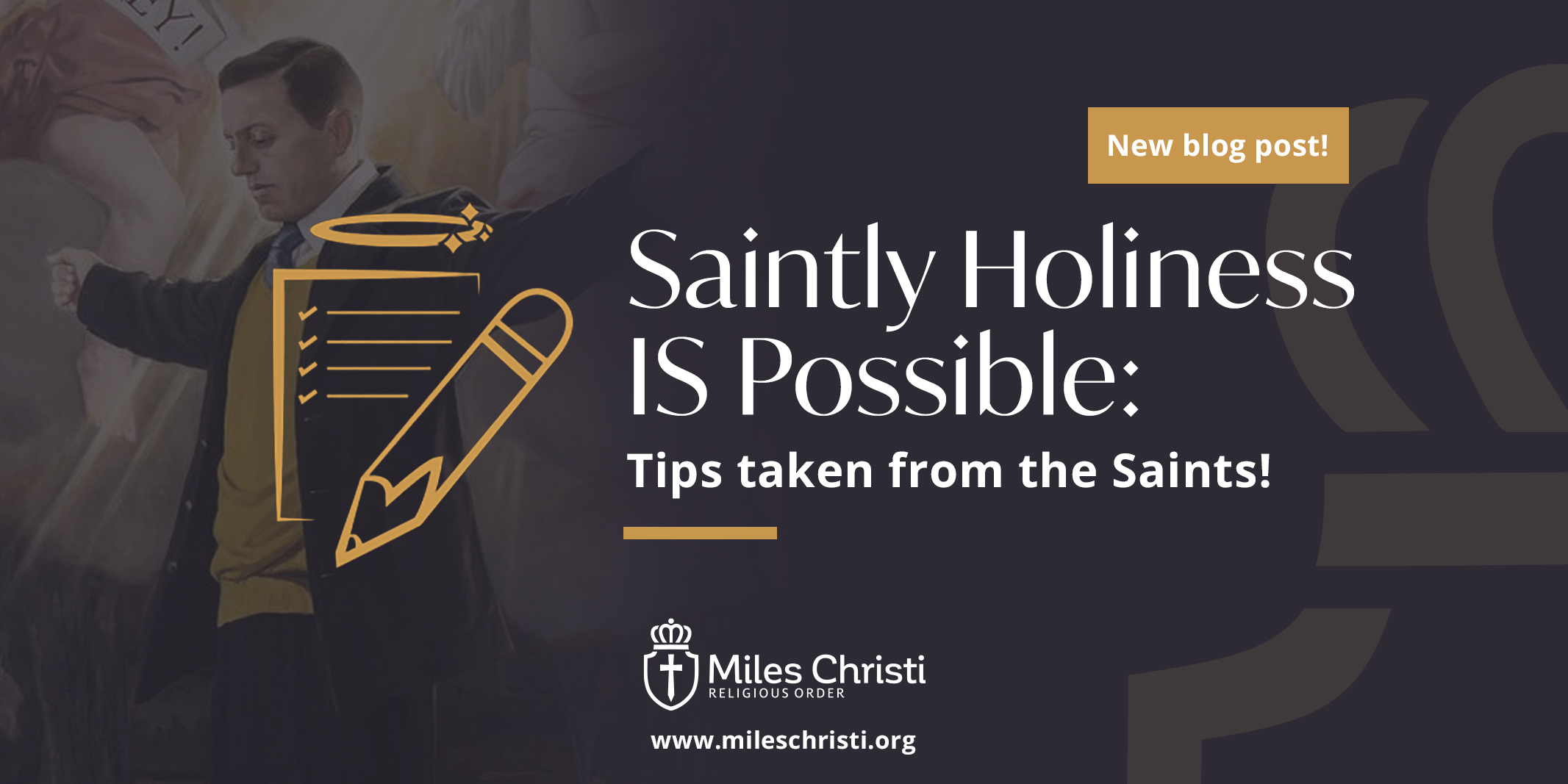 Blessed Miguel Augustin Pro was born on January 13, 1891, in Guadalupe, Mexico, in the bosom of a good and practicing Catholic family.

Miguel had a very good relationship with his older sister, and after she joined a cloistered convent, our young Miguel started to think about his own religious and priestly vocation. Many times God uses the example of those who are close to us to inspire in us to do his Most Holy Will.  Let us see those people who live around us and reflect on what God is trying to tell us through them, if God is moving us using someone else as an instrument of His Most Holy Will, like He did with Blessed Miguel Pro. When I see this I cannot but think about the amazing responsibility we have as members of the Catholic Church: God wants each one of us to give a good and holy example to our brothers and sisters and to lead everyone in the path of truth! How many new things others will discover, how many lives will be changed if we live a holy life. Let us also have faith in the power of the good example! Faith in the sense that we may not be able to ever see the impact that our actions have over other people. One simple word of encouragement, a piece of advice, a good action done for the glory of God: the smaller things we do are not going to be unnoticed!

Being faithful to God’s Will is not only the beginning of a holy path for me, but also for those who are around us. Let us reflect on the amazing value of the virtue of the good example and the impact of our good (…and sometimes bad) actions on others! My actions can make a person a saint (or a sinner)!

Going back to Miguel’s life, he joined the Jesuit novitiate in El Llano, Michoacan (Mexico) in 1911. He studied there until 1914, when the Jesuits, due to some animosity against the Catholic faith, were forced to close the novitiate and flee to the United States. Miguel and his novice brothers came to the United States through Texas, then moved north to New Mexico to finally end up in Los Gatos, CA, where they joined the Jesuit community established in that town.

A year later Miguel was sent to continue his studies in Spain. In 1925 he was sent to Belgium to be ordained as a priest

There are so many stories of Miguel’s great sense of humor during his ministry as a priest and how he was able to transform the environment he was present in. There are some people who think that having fun, playing, being entertained are incompatible with the seriousness of God and with Christian life itself, but this is not true. Eutrapelia is the virtue of one who “moves well”, a virtue Miguel truly knew how to practice!  It is the virtue of the one who knows how to place himself appropriately at any given moment and place, a virtue fitting of one who possesses spiritual agility, of one who “turns” easily to beautiful, laughing, and recreational things, without losing due seriousness and rectitude of heart. Let us ask Bl. Miguel Pro to teach us this forgotten virtue of having a great sense of humor! I’m sure this is one of the best ways to give a good example to others and encourage our neighbor to decide to be closer to God!

Falsely accused in the bombing attempt on a former Mexican president, Miguel became a wanted man. He was sentenced to death without being able to defend himself.